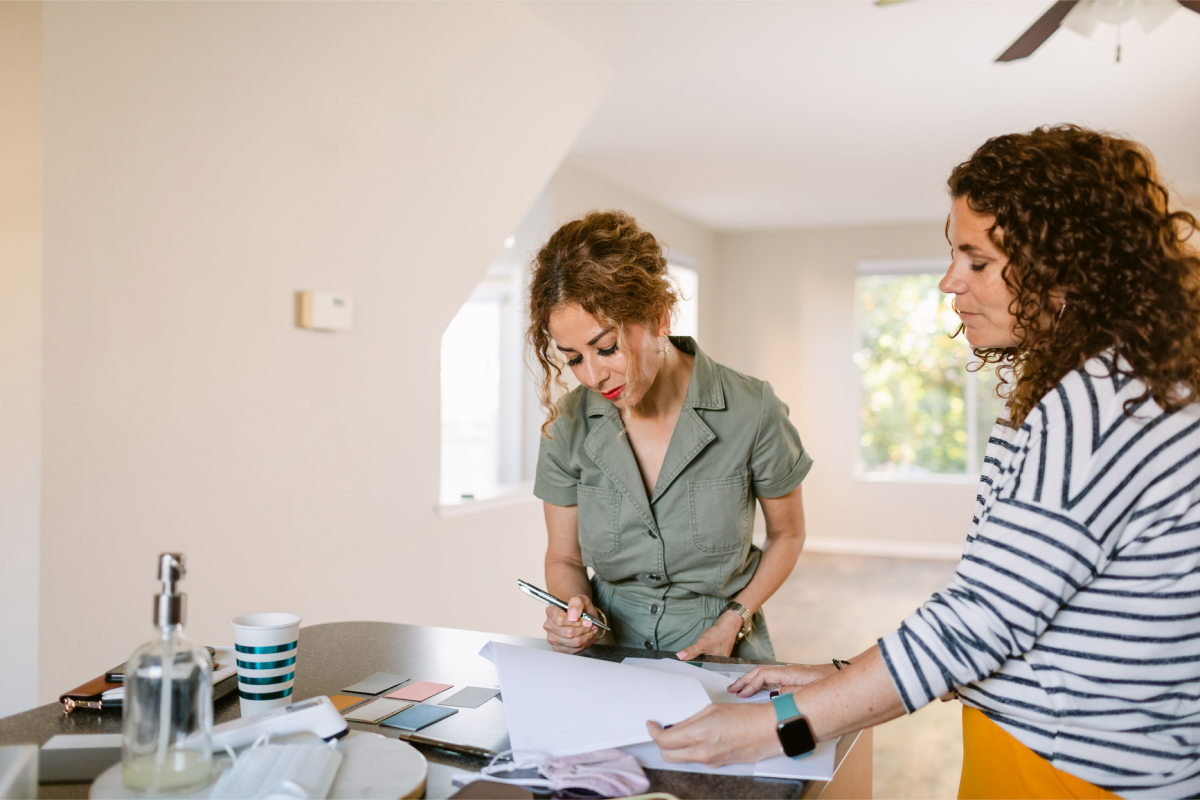 In recent years, women have become a powerful force in homebuying, comprising 19% of homebuyers in the U.S. But this hasn’t always been the case as historically, women and other minority groups have faced systemic discrimination in housing.

While women and minorities have fought hard over time to attain equal property rights and become a force in today’s homebuying market, many of the long-lasting effects of housing discrimination still remain today.

In order to understand what the future may hold for female homebuyers, let’s take a look at some female homeowner statistics. We’ll cover some key milestones in female homebuying and homeownership history that have brought us to where we are today as the number of female homebuyers in the market continues to grow.

Following the Great Depression and WWII, the percentage down payment for buying a home decreased substantially from previous norms. This meant that loans were generally more accessible than they had been in the past – but they were also riskier. Creditors had more money at stake, which led them to enact more stringent income requirements.

Decades later in the wake of the Civil Rights Movement, the 1968 Fair Housing Act outlawed discrimination on the basis of race, ethnicity, and religion. This was a pivotal first step toward creating a more equitable housing market for those who had historically faced discrimination and redlining – except for women.

While married or widowed women had some lending power, women as a whole still faced obstacles in getting a loan or credit from a bank. It was even legal for a lender not to consider a woman’s income at all. And it was also common for lenders to make inquiries around a married woman’s ability to balance a career with being a mother before providing a loan. A woman had to promise in writing that she would continue to work even if she were to have a child (or another child) in an agreement known as a “baby letter.”

Lenders also sometimes required letters from a woman’s doctor stating she was on birth control. There are even extreme accounts of lenders requiring women to be sterilized in order to consider their income toward a mortgage.

The Fair Housing Act did not outlaw discrimination based on gender until 1974, when the Housing and Community Development Act expanded the law to include gender. The Equal Credit Opportunity Act in 1974 also prohibited discrimination in any aspect of a credit transaction, including mortgages.

While cases of housing discrimination against women persisted, it was in the early 1980s – when the U.S. saw a decreasing gender wage gap and an increased percentage of households helmed by women –  that single female homebuyers began to eclipse single male homebuyers for the first time.

Female homeownership has since come a long way. Single women made up 19% of all homebuyers in 2021, according to data from The National Association of Realtors. That percentage has been on the rise since 2014, when it stood at 15%.

Trailing just behind married couples in numbers, single women are the second largest homebuying group in both the first-time homebuyers and repeat homebuyer categories. They also outnumber both unmarried couples and single men.

The women’s homeownership rate — determined by the number of homeowners amongst female-headed households — has evolved to match this trend. It was 61% in 2019, up from 51 % in 1990, according to a study from the Urban Institute.

While this steady increase in female ownership signals some positive change, discrimination against female homebuyers persists in various ways. Another Urban Institute study showed that while women are less likely to default on a mortgage than men, women often still face higher mortgage rates than men. And while it’s worth noting that women on the whole have lower incomes and also credit scores than men, this gap isn’t enough to account for the disparity in interest rates that they receive.

A closer look at the data also shows that women of color are also disproportionately impacted, as well: Just under 23 percent of female only borrowers lived in census tracts that were majority minority (where the minority population is greater than 50%), according to data from Urban Institute. By comparison, the number is 20.6% for male borrowers.

Despite these factors, women default on mortgages less frequently than men, even if they have  slightly weaker credit characteristics. This suggests that lenders are not accurately evaluating the different financial factors that predict a borrower’s credit performance. And it matters – a higher percentage of female-only borrowers are denied mortgages than their male only counterparts.

The COVID-19 pandemic has also had a notable impact on women in the workforce in a number of ways.

Women are more likely to be working in industries that were hit hardest by COVID-19, such as the food and hospitality sectors. Additionally, many women were forced to exit the labor force as the unprecedented demands of employment, caregiving responsibilities and even schooling during a global pandemic collided.

The result has been a sharper drop in the labor force participation rate for women than for men, which may further widen the gender disparity in earnings. If these job losses are permanent, this could slow or even reverse the positive trend in women’s homeownership rates that we have observed during the past 30 years.

What does this all mean?

Female homebuyers are looking at a vastly different landscape than the previous generation. Women have power in the homebuying space and continue to make up an increasing share of buyers.

That said, they still feel the effects of systemic discrimination that makes it both more difficult to acquire a loan and offers them less competitive loans than men. Much of this imbalance rests along deeply rooted economic, racial and demographic lines.

There are a number of factors that need to be addressed both inside the mortgage industry and beyond. But as we move forward, there’s a tremendous opportunity for technology to play a role in continuing to level the playing field and provide platforms that ensure women are able to get access to fair home financing. And there is more attention than ever on ensuring that housing is a means of economic mobility for all kinds of people.