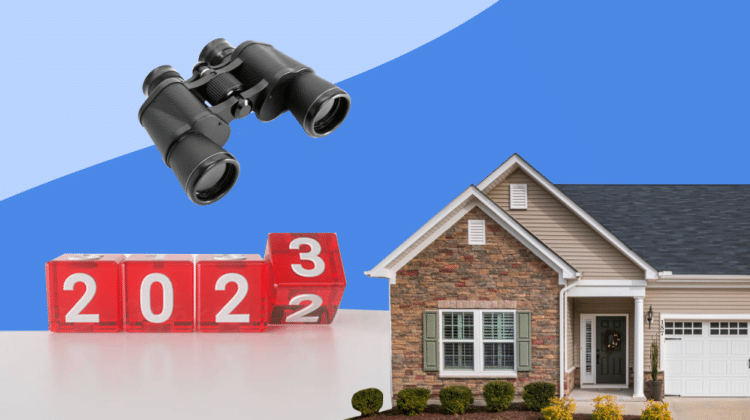 Experts look ahead to 2023, but conditions are tough to predict

Heading towards the end of the year, we’re seeing a lot of discussion around home prices, along with projections on where they may be headed in the coming months.

The National Association of Realtors’ Chief Economist, Lawrence Yun, believes that prices will remain relatively stable in 2023, varying by market but netting in a small upward movement of 1% on the whole. Realtor.com’s recently released 2023 Housing Market Forecast and Predictions expects price increases of over 5%, representing continued growth, albeit at a far slower pace than recent years.

Other experts, such as Enrique Martinez-Garcia of the Dallas Federal Reserve, have mapped out price declines of as much as 20%, and investment bank Goldman Sachs is anticipating prices to remain flat or drop by up to 4%.

Low inventory and higher rates will continue to define the housing market, but comments from Fed Chair Jerome Powell this week indicate that some relief may be on the way. In this environment, more affordable options like FHA and HomeReady may be good to explore. It can also be worth considering tactics such as float-down options, quick closes and buydowns to help make buying more affordable.

The Federal Housing Finance Agency (FHFA) has announced new conforming loan limits for 2023. The new limit for most areas will be $726,200 and $1,089,300 for high cost areas. For homebuyers, this means that conventional mortgages will be available for larger loan amounts, allowing them to avoid the higher rates that typically come with jumbo mortgages. Click here to learn more about conforming and non-conforming loans.

Want to know what you can afford?