Homeownership is a dream for many Americans. 2017 might just be the year to make that dream a reality and finally buy a home. If you’ve been on the fence about it, here are five excellent reasons to consider becoming a homeowner this year.

Interest rates are still low, but starting to rise

Mortgage interest rates have been at or near historic lows for the last few years, which has been good news for homebuyers. Lower interest rates mean lower mortgage payments, and ultimately, less money spent to purchase a home.

But in the last few months, mortgage interest rates have started to climb.

Let’s say you’re looking for a $250,000 30-year fixed-rate mortgage. An increase from a 3.5% interest rate to a 4.0% interest rate would mean shelling out an extra $78 a month—not insignificant, but probably not a deal breaker. (Financial advice writers love to pick on latte drinkers. But ditching a fancy-coffee-on-workdays habit would cover the slightly higher mortgage costs each month, no problem.)

But it is important to recognize that interest rates are probably headed upward. And that means buying sooner rather than later could save you some serious cash on interest. (Ready to start looking? Check out our guide to finding a great real estate agent.)

If you’ve been thinking about buying a home for a little while, or even if you’ve spent any time casually perusing homes on internet real estate listings, you may have noticed this already: home prices have gone up a bit over the last few years.

The increase in home prices can be attributed to a number of factors. In many areas, there are fewer homes for sale than there are folks who are interested in buying. aAnd that means lots of competition, and higher prices. Regardless of the reason, real estate professionals are expecting slowly increasing housing prices for 2017.

Coupled with rising interest rates for mortgages, increased housing prices in the coming year could make it harder to become a homeowner in the future. So if you’re serious about becoming a homeowner? Planning to buy a home now could save you the heartache of being priced out of the future market.

An extra bonus: if you buy this year, and housing prices do increase as expected, the equity you’ve got in your home will go up, too. (Just remember, speculating on real estate is a risky business. Buying a home because you love it, can afford it, and want to live there can be a smart financial move. Counting on future gains before they happen is generally a bad idea.

In most of the country, it really does cost more to rent than to buy

In almost every city and state in the U.S., buying a home is actually a little bit less expensive than renting a place to live.  Across the country, the average home-buyer saves about 37% over her rent-paying friends and colleagues.

The actual difference in cost of renting versus buying varies by location. Your potential savings would depend on your local housing costs, how long you live in your home, and how much you’ve got saved for a potential down payment. There’s a great calculator from the New York Times that you can use to consider your specific situation.

It’s definitely possible that where you live, you could be paying a mortgage and building equity on a home you own, and still be spending less money for a roof over your head than you would be paying on rent.

This is true this year and every year, but it’s worth repeating: the U.S. tax code gives homeowners some pretty serious breaks come tax time.

Property taxes are generally deductible from taxable income. And as long as your mortgage was for less than $1,000,000? All of the interest you pay on that mortgage is also tax deductible. The mortgage-interest tax break is an especially big deal for folks who have just purchased a home: for the first few years of homeownership, the bulk of each month’s mortgage payment is going towards interest.

Many folks have an idea in their heads that a person needs to have a significant amount of money saved up to put in as a down payment in order to buy a home. The notion that a giant chunk of change is necessary to buy a home is particularly prevalent among younger people: according to the National Association of Realtors, 37% of people under the age of 35 think they need to have more than 20% as a down payment.

Going into homeownership with no savings at all is not a great idea, of course. Home maintenance costs money. Not having sufficient funds to cover unexpected expenses could put you at risk of serious financial hardship or potential foreclosure. But if you’ve been fixating on a specific amount of savings you need to have stored up before you can consider purchasing a home, 2017 is the time to let that idea go. Do some research, and you may be surprised to discover that homeownership is within your reach. 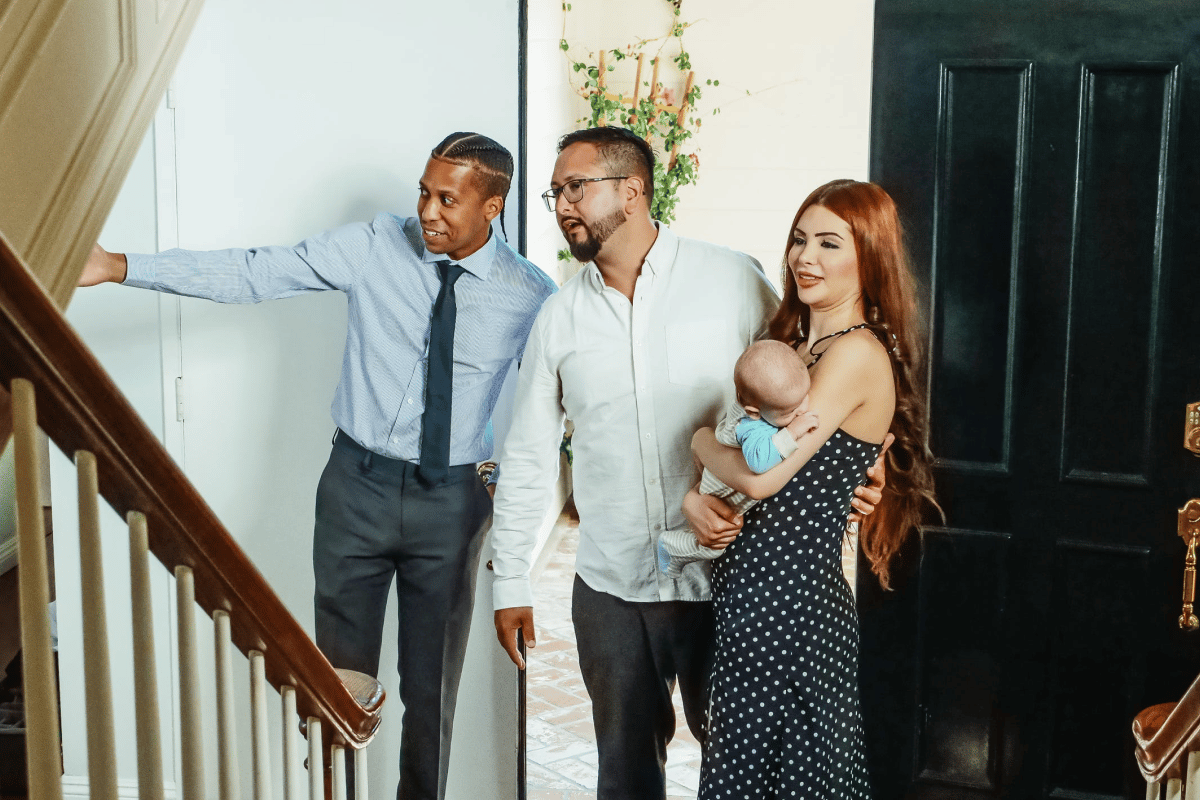 National Homeownership Month: 5 tips for Homebuyers in a Competitive Market

Homeownership is an enduring component of the American Dream – a benchmark Americans have measured success and well-being against for years. June marks the celebration of National Homeownership Month (NHM), dedicated to honoring those notions and celebrating the ways homeownership benefits families and communities across America.