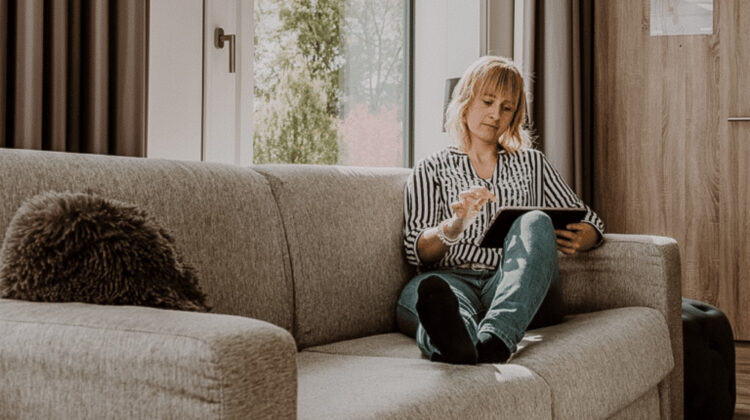 Call it a 2000s comeback: We have bucket hats, Bennifer and … adjustable-rate mortgages?

We’re currently seeing a huge surge in adjustable-rate mortgages (ARMs) – the highest since the Great Recession in 2007-2009, after which they all but disappeared. But why now? What’s changed?

“Pre-crisis, a range of other variable-rate loan products were all being offered widely to consumers with little to no advisory,” notes Robert Heck, Vice President of Mortgage at Morty. “Many people have been understandably skeptical of ARMs since then, but there are much more stringent regulations in place today that have been created to protect homebuyers.”

And if you’re simply wondering, “What even is an ARM?”, don’t sweat it: We’ll cover the basics of ARMs, including the different types of adjustable-rate mortgages, common loan terms, and the difference between the LIBOR and SOFR indexes. Then, we’ll explain why we’re all suddenly “up in ARMs” and how you can determine whether ARMs are right for you.

So roll up your sleeves, and let’s dive in!

How does an adjustable-rate mortgage work?

Perhaps the biggest advantage of an ARM is that it offers a lower rate up front during the initial fixed period before your rate becomes variable – a potentially great option if you’re purchasing a home when mortgage rates are high.

But ARMs also carry the uncertainty of not knowing exactly how much you’ll pay over the life of your loan. It can feel too risky for borrowers who prefer the stability of a fixed-rate mortgage. It’s worth noting that some of the risk is offset by caps that limit how much your rate can ultimately increase.

But a limited risk is still a risk. Depending on the terms of your loan, you could end up paying significantly more over 30 years. All ARMs function on a 30-year amortization schedule, meaning it will still take 360 months to pay off (regardless of changes in rate).

Types of ARMs and how to read them

When you’re in the market for an ARM, you’ll first have to pick between three different types:

If you opt for a typical hybrid ARM, you’ll find yourself selecting from what seem like confusing fractions at first glance: 7/1, 5/6, etc. This “X/Y” format is essentially the “structure” of your ARM, consisting of your fixed loan time frame and your readjustment period.

Time frames refer to the length of the fixed-rate part of your loan. Time frames are most often five, seven or 10, as indicated by the first number – 5/1 ARM, 7/1 ARM, 10/1 ARM, etc. However, ARMs also exist in three-year and sometimes 15-year fixed-rate periods, as well.

To help offset risk, ARMs have caps, structured as three numbers with two slashes in what looks similar to a calendar date – say, an ARM with a 2/1/5 cap. The cap is comprised of three maximum percentages:

The ABCs of ARMs

Now we’re a perfect 10/10 with types – but how are the rates for ARMs actually calculated?

When the fixed period ends and it’s time for your ARM to adjust, lenders use the index and the margin to calculate the changes to your rate for each adjustment period.

Together, these components combine to form your fully indexed rate, which then becomes factored into your mortgage’s total monthly payment.

So these beg the question: What benchmarks do lenders base their rates on?

For a long time, the go-to benchmark was LIBOR, the London Interbank Offered Rate. But charges of bankers manipulating LIBOR rates prompted regulators to find a new benchmark (more on predatory lending practices that preceded the Great Recession below).

Instead, lenders now look primarily to SOFR, the Secured Overnight Financing Rate. SOFR is considered to be much more resistant to manipulation because it’s based on real-life financial transactions.

“Once an ARM’s fixed-rate period ends, it’s the SOFR index that typically determines the rate of interest for a borrower in the majority of offerings,” Heck says. “This is important for consumers to understand before selecting an ARM, as it’s this index that will dictate how their rate changes in the future.”

Why ARMs are back in style

So now you know a bit more about how ARMs work – but why are people getting them?

First off, it’s important to note some key differences between ARMs before and after 2008. Before the Great Recession, predatory lending practices were applied to ARMs that a host of current regulations no longer allow.

A wide range of other variable-rate loan products – interest-only, balloon payments, negative amortization, for example – were all being offered widely to consumers with little to no guidance on how the structure of their loans would impact future payments.

Current buyers are also in a better position financially than they were 14 years ago – removing some of the inherent risk associated with ARMs in the first place. To top it all off, interest rates have steadily begun to rise from historic lows reached during the pandemic – a disappointing turn of events for anyone months (or even years) into their housing search.

So for many recent buyers, an ARM offers a chance to access lower rates than conventional mortgages would, allowing them to get a rate closer to one that may have been available just a few months ago. Knowing that rate is temporary, these same buyers may plan to refinance or sell their home after a few years, avoiding their ARM’s variable-rate period and paving the way to homeownership at a lower interest rate – even if only temporarily.

As a result, ARMs still aren’t without risk, but they are a far better-regulated option and a more compatible financing solution with today’s conditions than before.

ARMs may be having a moment, but that doesn’t necessarily mean they’re right for you.

If you’re considering buying a home but aren’t sure how to choose between adjustable rates and fixed rates, here’s a quick comparison to help you understand their differences:

For those who prefer stability and don’t want to make any refinancing decisions in the future regarding their homes, a fixed-rate mortgage would probably be the best fit.

Borrowers comfortable with the risks of future market volatility and those who want to lock in a low rate early and sell or refinance their home after a few years might find exactly what they’re looking for in ARMs.

“Homebuyers should approach ARMs with some degree of caution – they’re a more complex option than a fixed-rate mortgage,” Heck says. “The bottom line is that it depends on a number of factors, and shopping around to understand all of your loan options is a smart way to assess the risk for your individual situation.”

Recent market movement may pressure you to make a loan type decision early, but there are few purchases more important than a home – take time to weigh all of your options!

Want to see your personalized loan options? Whether you’re considering an ARM or a fixed-rate mortgage, Morty has your back! Get started by exploring our marketplace for mortgage rate options that best fit your needs.