Debt Sucks. Telling your friends taking out a credit card cash advance to pay your rent is not cool. Having to use your Amex card to buy groceries because you had no money is also not a great feeling.

In fact, talking about debt is so difficult that many people with debt feel isolated and embarrassed. But the fact remains: debt continues to cripple the lives and futures of many Millennials. Debt impacts Millennials’ ability to hit traditional milestones like getting married, buying a home, and starting a family. We decided to take a look at the different types of debt plaguing Millennials.

Student loans can be a large factor in how Millennials structure their financial lives. And with over $1.5 trillion dollars of student debt concentrated in this young demographic? There’s no doubt that Millennials are worried. The average student loan monthly payment is about $350 per month. With a small, entry-level salary, that can leave little to no room for flexibility or savings. This is a big problem for many Millennials who, due to large payments, are unable to tackle any unforeseen costs or sometimes even basic living expenses.

A recent report from Bankrate shows that a whopping 61% of Americans are unable to cover an unexpected $1000 expense without having to borrow money or go into debt. Even more shocking? The Federal Reserve’s report that 44% of people cannot handle a $400 unexpected expense without going into debt.

So how does this affect the average Millennial? Coming out of school with a high amount of debt and a small beginning salary often means that people are moving in with their parents. Or, in many cases, living off their credit cards.

Many Millennials put basic needs like their groceries, cell phone bills, and even medical bills on a credit card. But as that debt continues to build up, aided by high-interest rates and minimum payments. And people find themselves struggling just to make ends meet. Credit card bills are likely to stack up as students begin to enter repayment on their loans. Student loan debt sits at a hefty $1.5 trillion dollars. But American’s credit card debt is not far behind, at $1 trillion dollars.

The story gets even bleaker for people who attended college but never completed their degree. Out of all the groups studied, having folks with some college but no degree were the least financially stable. And that includes people who did not attend college at all. Saddled with college debt but with no college degree to help boost your earnings? Coupled with the time of the workforce spent to attend school? That can do a lot of damage to a person’s finances.

Borrowing money to make ends meet may not be the best idea. But it’s often the only solution that many Millennials feel they have, given the lack of financial flexibility. Many older Americans regard Millennials choosing to live with their parents as a kind of refusal to grow up. But many Millennials understand that the debt they carry at their age is simply much more than what previous generations have ever had to deal with before.

How does debt affect the mental health and wellbeing of people? Gallup did a poll to study just that. The effects of debt differ when people feel like it’s a manageable and an acceptable investment, and when people feel like their debts have reached the point of “existential dread.” In other words, there’s a debt tipping point after which debt begins to impact mental health. This tipping point, according to the polls is about $25,000. After that point, debt feels less like a good use of your money to further your goals and more like an anvil tied to a sinking ship. And this feeling of existential dread comes with some pretty serious consequences.

People struggling with debt are twice as likely to suffer from depression and anxiety. And these results do not affect only their mental health, but all aspects of their lives as well. In one poll, people who had hit that $25,000 benchmark of debt began to feel less physically fit. They report feeling less connected to their jobs, their friends, and even their family. People with debt are also twice as likely to have a heart attack. And they suffer from more severe cases of anxiety and depression.

And it doesn’t end there. One report by PBS showed that on financial stress continues to affect people for many years, even after the debt has already been paid off. Compounding stressful events, and consistently feeling left behind. Millennials may spend years paying off their student loans, 21 years on average to pay off an undergraduate degree. This, in turn, means many forego saving up for retirement, adding financial stress well into their forties and fifties.

For many Millennials who have had to postpone their dreams, goals, and even mental health under the altar of student loans and other debt, it may seem that achieving the traditional life milestones are almost impossible. But that’s not always the case. Millennials continue to find a way to navigate the minefield of debt in a way no other generation has ever had to before. And although they may have to wait a bit longer to do these things, they’re still the largest home buying demographic in the nation. And Millennials are most responsible generation with their money. With new and innovative startups disrupting everything from how Millennials manage their money to how they get mortgages? There’s no doubt that this is just another challenge they will be able to overcome. 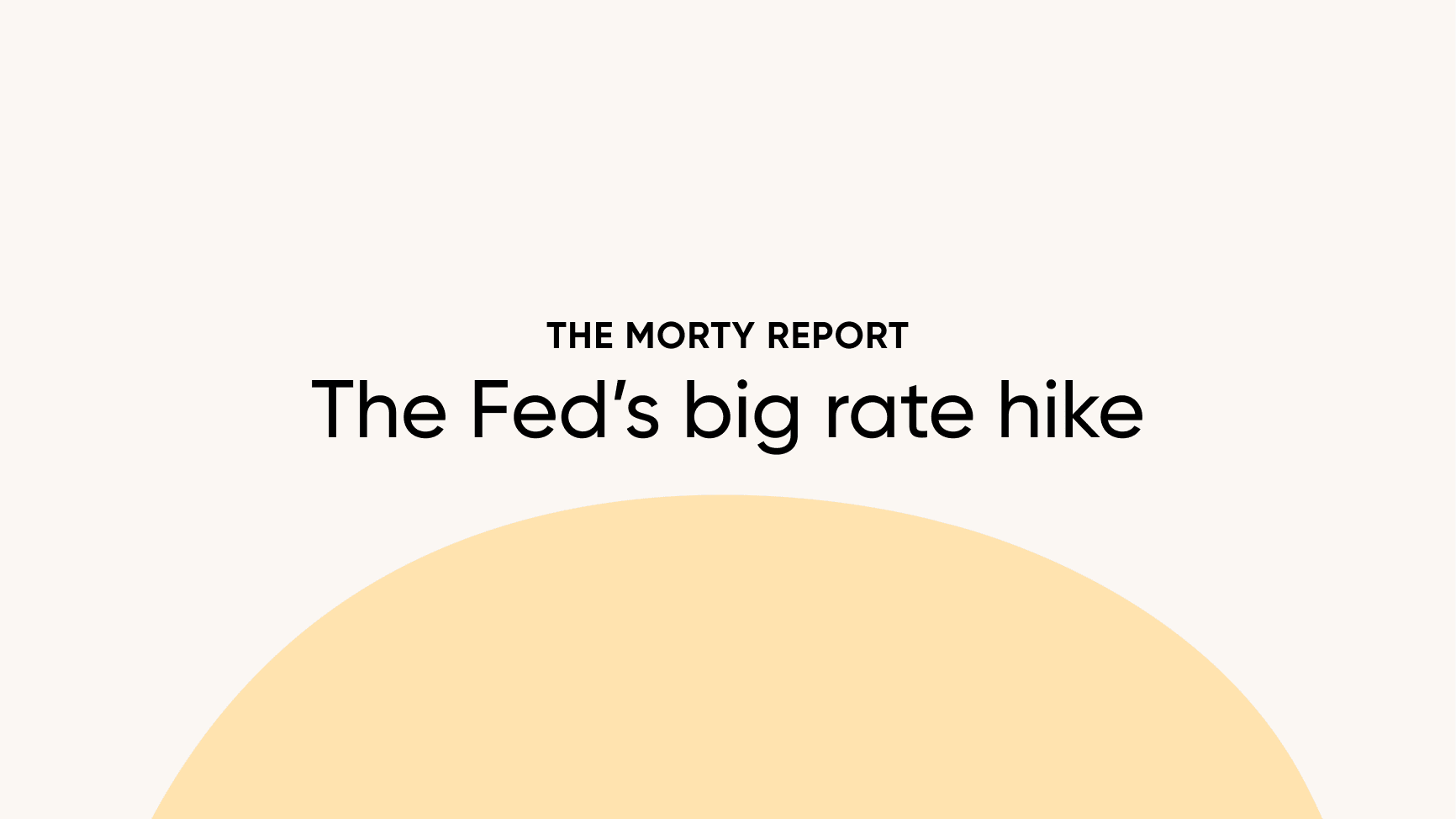 The Morty Report: What the rate hike means for mortgages

Some mortgage rates crept above 6% this week, as the market reacted to higher-than-expected inflation data and sought to price in anticipated rate hikes coming out of this week’s Federal Reserve meeting.